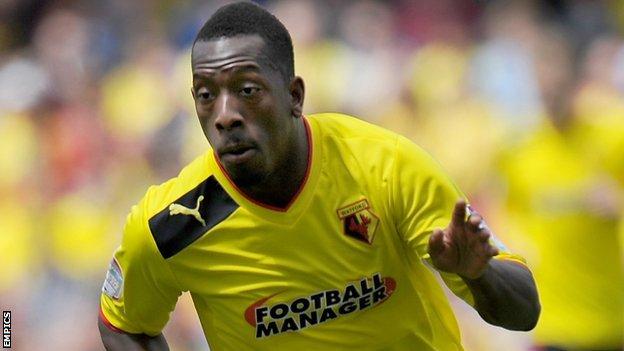 The 30-year-old has spent his entire career with Watford and played 39 times for Gianfranco Zola's Championship play-off final losing side last term.

Doyley announced his new contract on Twitter, saying: "You've got me for another year I'm afraid.

"Signed a 1 year contract that keeps me at Watford for another season, thank you for your support."

Doyley was one of five Watford players out of contract this summer but not officially released, with the expectation that Manuel Almunia, Jonathan Bond, Fitz Hall and John Eustace could yet sign deals.

"I am delighted that Lloyd will be with us again at Watford next season as he is an excellent professional and he always works very hard," Zola told the club website.

"He showed last season that he is a very important player for us and I believe he has a big part to play next season."