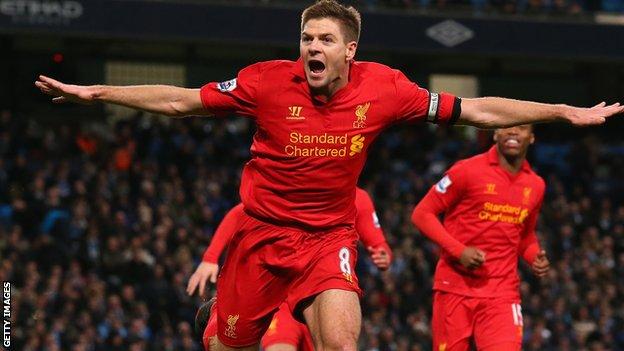 Liverpool captain Steven Gerrard says he is on course to return to pre-season training after a shoulder operation.

"I'm not too far away, maybe a couple of weeks away from contact and being back in full training if everything goes well," Gerrard told LFC TV.

It is welcome news for England ahead of World Cup qualifiers with Moldova and Ukraine on 6 and 10 September.

The midfielder played with the injury for more than three months, but Liverpool were forced to bring forward his surgery when the problem worsened.

"It's probably the longest break I've had at this time of year - being out of the game for six weeks is enough, I'm itching to get back," added Gerrard.

"It's going well and feeling strong."