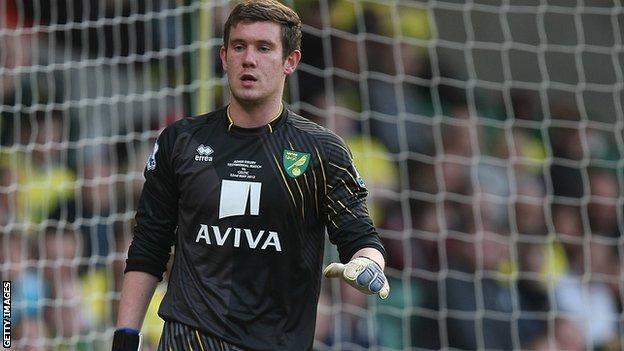 Steer, 20, will make the move when his contract expires on 1 July but because he is under 24, the Canaries will be owed compensation, yet to be agreed.

He had a four-game loan spell at Conference side Cambridge last season.

Villa manager Paul Lambert told the club's website: "You want competition for places throughout the team, which is something we didn't have last season.

"Bringing in Jed will also add to the goalkeeping department and helps with everyone pushing one another, learning from one another and making everyone better and wanting to improve."

The England Under-19 international joins Villa's other goalkeepers, Brad Guzan, Shay Given and Benji Siegrist.

Norwich chief executive David McNally tweeted: "Jed was offered a new contract. He has decided to move on. As a top young player, we expect to receive considerable compensation for him."