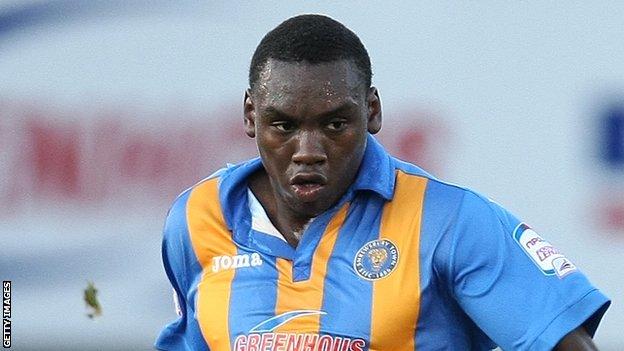 Shrewsbury Town defender Jermaine Grandison has turned down the offer of a new contract, despite being sidelined after hip surgery and unlikely to play again until well into the new season.

"I'm not quite sure where we go from here. The fact he's going to be out for so long is one we need to sort out.

"I've already written off Jermaine for six months with his injury."

He was then operated on at the end of the season after aggravating the injury 75 minutes into his comeback against Bournemouth in April.

All three of Town's new arrivals so far this summer have been defenders following the capture of Tamika Mkandawire, who was released by Millwall, Wycombe Wanderers centre-half Dave Winfield and Bolton Wanderers left-back Alex McQuade.

They have also signed up promising youngster Connor Goldson on a new contract.