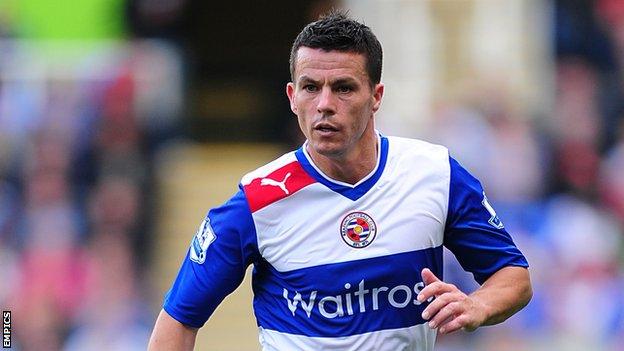 Harte was released by the Royals in May following their relegation from the Premier League after making 99 appearances in three years at the club.

The 35-year-old made his professional debut for Leeds in 1996, and has also played for Levante, Sunderland, Blackpool and Carlisle.

I'm going to fight to get into the starting XI, there's some quality players here, and hopefully my experience can help the younger lads as well

"He's impressed me since he was playing for Leeds," boss Eddie Howe said.

"He's an excellent crosser and passer of the ball, his set-piece delivery is an added bonus, but he's got a lot of the qualities that we look for in a player.

The former Republic of Ireland international, who won promotion with Reading from the Championship in 2012, added to BBC Radio Solent: "I came to see Eddie last week, and the club are trying to kick on and hopefully I can be a part of that.

"I'm going to fight to get into the starting XI, there's some quality players here and hopefully my experience can help the younger lads as well.

"There were a few other options, but when I met Eddie the other day this is where I wanted to come."

Harte is Bournemouth's second summer signing this summer as they prepare for life in the second tier, following the acquisition of former Norwich defender Elliott Ward.