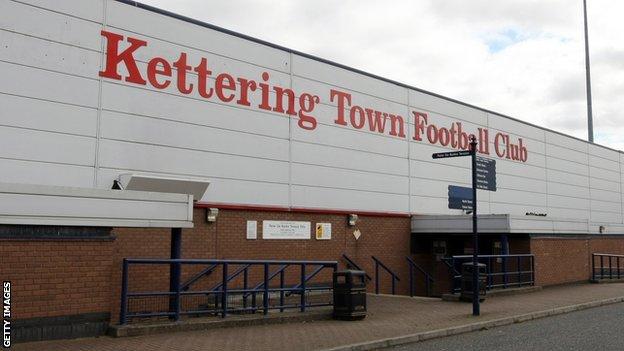 Imraan Ladak has sold his majority stake in Kettering Town to Ritchie Jeune, who has been running the club on and off for the past year.

Ladak appointed Paul Gascoigne as boss in 2005, with the club in the Conference North, only to sack the former England player 39 days later.

Jeune has acquired 100% of the shares and ends Ladak's eight-year reign.

In that time, they have reached the Conference Premier and almost gone out of business on numerous occasions.

The 141-year-old club is due to play in the eighth tier of English football next season after finishing bottom of the Southern Premier League.

Kettering are currently battling the latest in a long line of winding-up petitions, the company left over after the club of the same name was put out of business.

Keith Cousins, owner of R&D, believes the company is owed £58k of unpaid rent for use of the Nene Park stadium last season, but the Poppies contest that figure.

Supporters' Trust chairman Mark Severn is optimistic a deal can be negotiated before the winding-up petition is heard in court on 22 July.

"Ritchie said at a supporters meeting last night that he had an agreement in place with Keith, but unfortunately at that stage he didn't have the shareholding of the club," Severn told BBC Radio Northampton.

"Hopefully that deal will remain and from the 22nd of July it's a clean slate.

"It shouldn't be forgotten that Imraan did a lot of good things for Kettering Town, but we needed new blood, and Ritchie has taken the club to his heart. We've taken him to our heart and the future is a lot brighter."