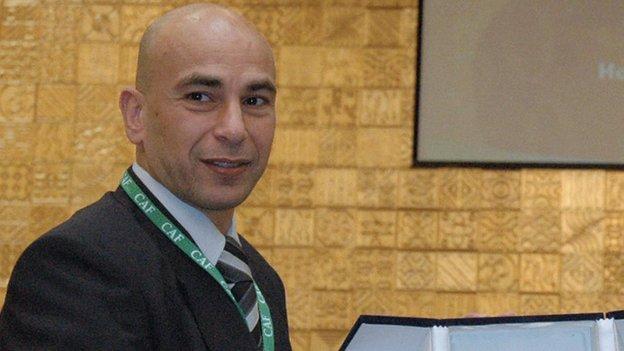 Jordan have appointed Egyptian legend Hossam Hassan to coach the national team through the Asian qualifying play-offs for the World Cup.

Hassan replaces Iraqi Adnan Hamad, who resigned this month despite reaching the play-offs with a 1-0 win over Oman.

Hamad had come under increasing fire from Jordan fans and media for the team's stuttering campaign.

Hassan will take charge from next month, tasked with beating Uzbekistan in a two-legged tie in September.

The winner will the fifth-placed side from South America in November for a berth in the tournament in Brazil next year.

Jordan has never played in a World Cup.

"Hassan is a model (professional)and we are optimistic he will be ready during the next period,'' said Prince Ali, the Jordan Football Association president and Fifa vice-president.

Hassan retired as a striker in 2007, owning the Egypt record for caps and goals after 21 years in the national team. He helped the Pharoahs win three African Cups and was also part of the side that reached its second World Cup in 1990.

Since retiring, he has coached, and was hired by Jordan, from Egyptian Premier League club Misr Elmaqasah.