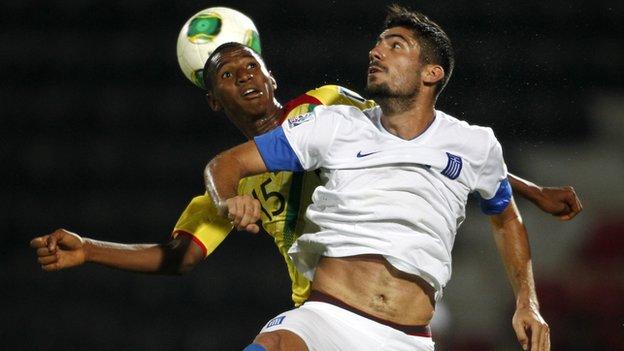 Mali were held to their second draw at the Under-20 World Cup as their Group D match against Greece ended goalless.

The West Africans can still reach the knockout stages, but must beat Mexico on Friday to be in with a chance.

Adama Niane, who scored in Mali's previous game, had the best chance of the first half but his attempt to lob Stefanos Kapino fell just wide.

Greece should have scored after the break but Andreas Bouchalakis hit the bar with a shot from four yards out.

Although Mali remain unbeaten in the competition they will be concerned by their wastefulness in front of goal which has limited their impact.

They managed plenty of shots against Greece but most were taken from outside the box and rarely forced the goalkeeper into action.

Niane was the main culprit, and Mali will hope that their missed chances do not prove costly once the points are tallied up on Friday.

Greece and Paraguay will meet in a top-of-the-table clash on Friday, knowing a draw may be enough to see them both through to the next round.