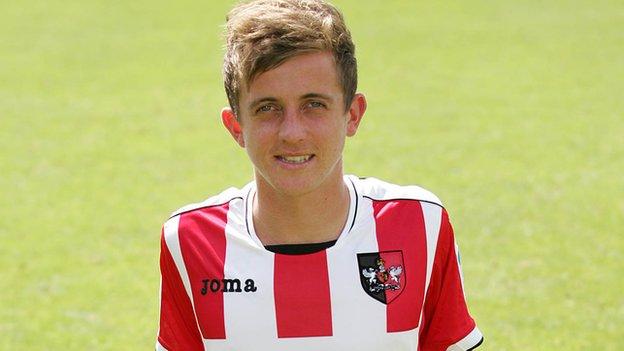 The 22-year-old came through the League Two club's academy and played 12 games during the 2011-12 season.

But he fell out of favour with the Grecians and spent much of last term on loan at Salisbury, who secured promotion to the Conference Premier.

The Whites have also confirmed brothers Stuart and Rob Sinclair have both agreed new deals for next season.