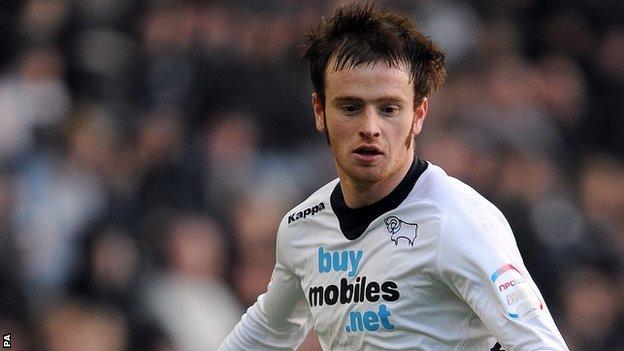 Derby County have turned down a bid of around ÂŁ1m from Wigan Athletic for defender John Brayford, reports BBC Radio Derby.

The 25-year-old has 12 months to run on his contract and the Rams are keen to extend his deal beyond next summer.

But manager Nigel Clough does not want to risk losing Brayford on a free transfer in 12 months and the club may consider an improved offer.

Brayford joined the Rams from Crewe Alexandra in May 2010.

He previously played under Clough at Burton Albion and and has been strongly linked with a move to promoted Cardiff City.