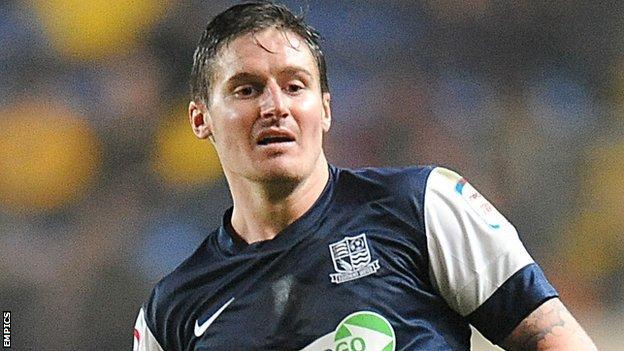 The 28-year-old, who scored 13 goals last season, was set to be out of contract this summer.

He joined the club from Exeter in July 2010 and has played 89 games for the Roots Hall club, netting 34 times.

"I'm glad it has all been resolved and I can focus completely on pre-season and helping fire Southend to promotion." he told the club website.

"I returned from my holiday on Sunday and I was flattered by some of the interest being shown in me.

"But I spoke with [manager] Phil Brown and [chief executive] Steve Kavanagh once I was back and they outlined the club's plans and I was very keen to sign a new deal."

Corr's signing, which follows takes the number of senior professionals contracted to the club for next season to 13, plus youngsters Mitch Pinnock, Seedy Njie and Ryan Auger.