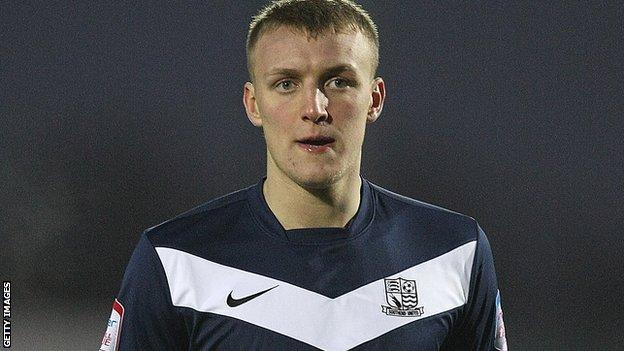 The 20-year-old was released by the Championship side at the end of last season without making a senior appearance for Wanderers.

But the former England Under-19 international, does have Football League experience from loan spells at and

"Jack has a good pedigree and has loads of potential," boss Jim Bentley said.

"I think he will have a lot to offer. He is still only young and we won't put too much pressure on him, but I am really pleased that he has joined us.

"He has played for England and comes highly recommended. I am sure he will make progress with us over the next two years," Bentley told the club website.

Sampson joins fellow signings and at the Globe Arena next term.