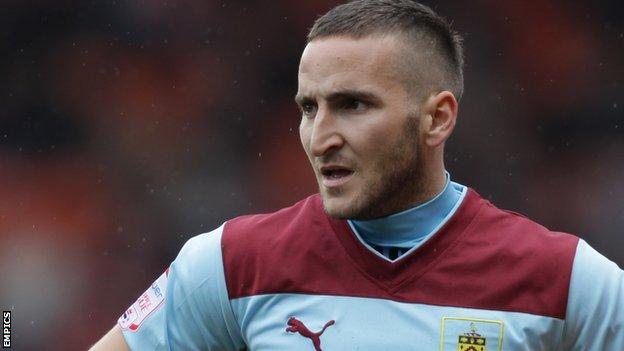 Huddersfield Town have signed striker Martin Paterson after he rejected fresh terms to remain with Burnley.

The 26-year-old Northern Ireland international has signed a two-year deal with the Yorkshire club, with an option of a further 12 months.

"Martin is a strong and resilient character with an excellent work rate, which I think our supporters will really appreciate.

"That is backed up with a good technical ability and importantly a proven track record of scoring goals at Championship level."

The signing of Paterson, who was in May, came less than 24 hours after the arrival of fellow attackers Jon Stead and Adam Hammill, who joined from Bristol City and Wolves respectively.