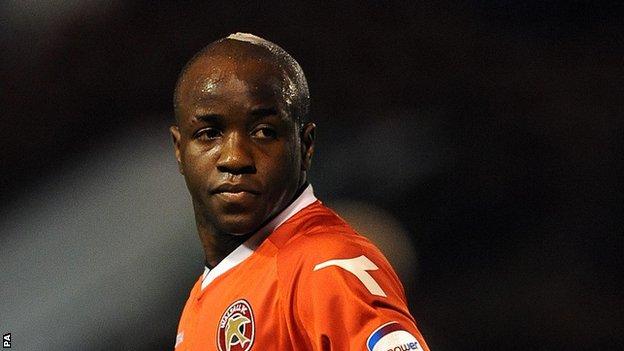 Brandy, 24, arrives from Walsall, while McGinn, 24, was a free agent after being released by Watford.

McGinty, 19, was formerly at Manchester United, while Johns, 18, was previously on Everton's books.

Brandy, who joins the Blades on a two-year contract, scored seven goals for Walsall last season and can operate in a number of attacking positions.

He had been out of action for months after leaving Greek side Panetolikos when he signed for the Saddlers last summer, going on to impress in 37 appearances and playing a prominent role in their late-season push for the play-offs.

He told BBC Radio Sheffield: "Basically it was a no-brainer to come here. The club is so big and has such a big history, and the boss spoke to me about his plans.

"Hopefully I put down a big marker last season, it was kind of a make or break time for me, and I think I did well."

McGinn is a former Scotland Under-21 international who began his career at St Mirren and has also played on loan at Shrewsbury.

McGinty was part of the FA Youth Cup winning side at Old Trafford, beating the Blades in the final in 2011. He has had loan spells at Morecambe, Oxford, Carlisle and Tranmere.

"We are delighted that deals for all four of the lads have been completed in time for them to start pre-season training with the rest of the squad," said Weir.

"We are confident that we can develop their talents, individually and collectively, for the benefit of Sheffield United."

Like Brandy, McGinn and McGinty have agreed two-year contracts, while Johns signs on for a year. The Blades also retain the option to extend all four for a further year.