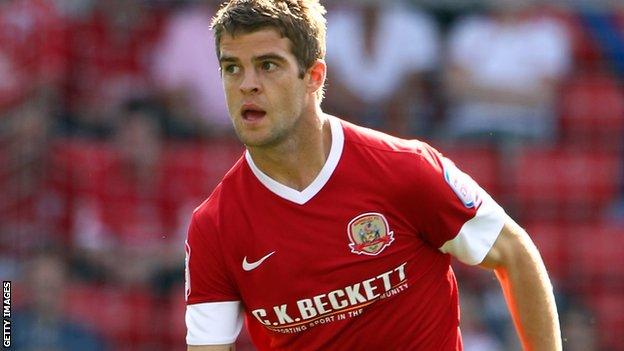 The 26-year-old was recruited last August as a free agent by former manager Keith Hill following his release by Coventry City.

He went on to make 34 league starts for the Yorkshire side last season.

"There was never any doubt that I would be coming back," said Cranie, who follows Tomasz Cywka and Bobby Hassell in agreeing new terms with the club.

A former England Under-21 international, Cranie spent three years at Coventry, playing over 100 games for the Sky Blues.

And he was an important member of the side as Barnsley avoided relegation on the final day of last season with a draw at Huddersfield following an impressive run of form in the second half of the campaign.

"Playing the top teams in the league last season and winning shows we have got nothing to fear this season from any side," he told the club website.

"I'm looking forward to the first game of the season against Wigan. They've got some brilliant players, but since January we've made Oakwell like a fortress and if we can continue that form from last season we will do very well."