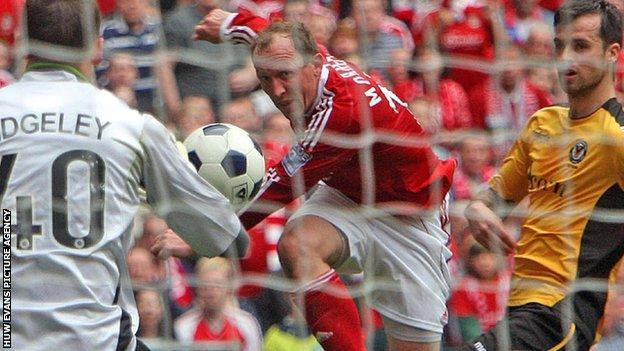 Wrexham boss Andy Morrell says he has not yet decided whether to continue as a player next season as well as managing the Conference Premier side.

"I'll do pre-season and see how I am, see if the body is holding up. I still think I've got a little bit to offer," Morrell said.

Morrell is hopeful that there could be "a couple of bodies in" by the time Wrexham start pre-season training next Monday.

"We aren't flush with money but we've got a bit to play with, so [we are] just trying to find the right characters, the right sort of players to fit our system," Morrell added.

"We've missed out on a couple but they've gone into the Football League and there's not a great deal you can do about that."