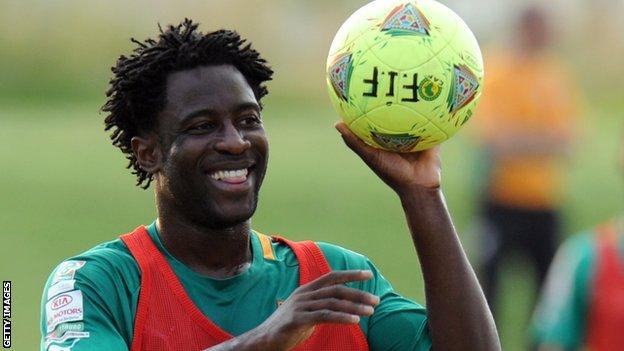 Vitesse Arnhem striker Wilfried Bony has been linked with a possible move to join Swansea City.

Reports in the Netherlands suggest Swansea have made a bid for the 24-year-old Ivory Coast international, who is valued around the £10m mark.

Swansea's Premier League rivals Newcastle United and Everton are also reported to be interested in Bony.

Portuguese side Benfica and Russian outfit Anzhi are also thought to be admirers of the striker.

Meanwhile, Swansea are also understood to have had a bid accepted by Birmingham City for England Under-21 winger Nathan Redmond.

However, the Welsh club again face stiff opposition for the player's signature as Norwich City and Fulham have also met Birmingham's valuation, thought to be between £2m and £3m.

One thing that could work in Swansea's favour is that Birmingham need to strengthen their defence and are keen on taking Kyle Bartley on a season-long loan from the Liberty Stadium.