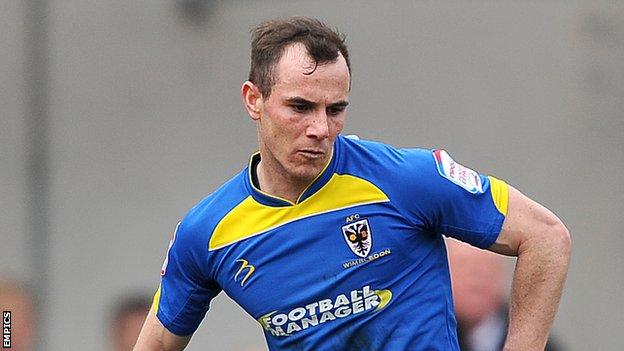 AFC Wimbledon forward Luke Moore has signed a new contract with the club, although its length is undisclosed.

The 25-year-old, who joined from Ebbsfleet in 2009 and is the club's longest-serving player, scored four goals in 38 appearances last season.

Dons boss Neal Ardley told the club website: "I am confident Luke will flourish during the next campaign if he can carry on where he left off.

"He was certainly a key player in helping us stay up."

Ardley added: "Luke's versatility, energy and work ethic is what I expect from players in my team and hopefully he can be a major asset next season."

Meanwhile, the south west London club have confirmed that that have taken up an option on Kevin Sainte-Luce and extended the winger's contract.