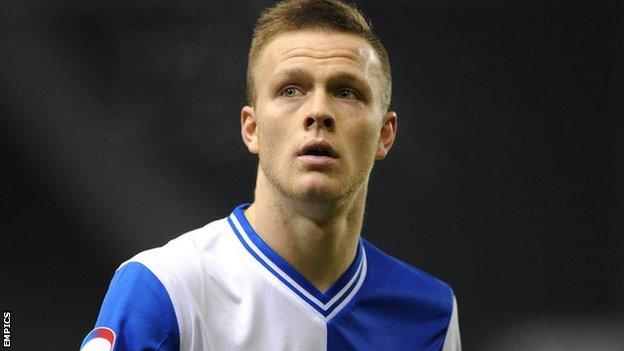 Blackburn Rovers have agreed a deal with Chelsea to bring Todd Kane back to the club on a season-long loan.

and will rejoin the club on 1 July.

Kane, who is yet to feature at senior level for Chelsea, can play in the League Cup and FA Cup for Rovers.

Bowyer continued: "There was a chance to get him back and we're grateful to Chelsea and to Jose Mourinho for allowing him to come for the full season."

Rovers have already signed this summer.

Meanwhile, experienced midfielder David Dunn is desperate to avoid a repeat of the club's battle with relegation next term after

Blackburn only guaranteed their Championship status in the final weeks of the season, with Dunn - who had struggled for regular football in the first half of the campaign - playing a pivotal role.

"Towards the back end of the season, when I eventually got a game, I felt I proved to everyone that I could still play," said the 33-year-old.

"We got a group of players together that were working has hard as they could for the club, and were wearing the shirt with a bit of pride.

"Gary and his staff are going to try their very best to instil those beliefs into the players next year."