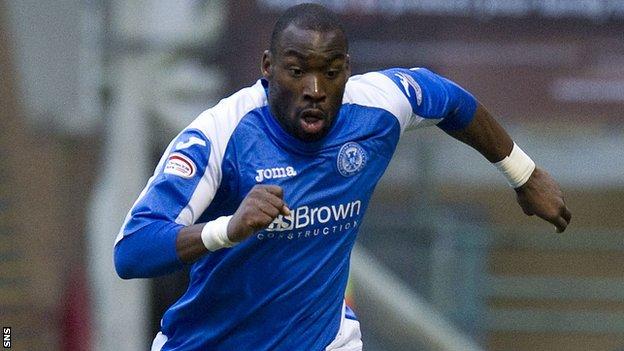 Frenchman Tade, 26, moves to Transylvania after seven years in Scotland, starting with Forfar in 2006.

Wright said: "We were waiting for him to come in last week and sign his contract and he didn't do it."

The Northern Irishman, who succeeded Steve Lomas as manager earlier this month, is unhappy he may now be forced to look for another forward.

"We didn't think we needed a striker but at this stage in the summer we now find we may have to go out and find one," said Wright.

"We'll deal with that but we were told he was going to take up the option and to learn that might not be the case at this late stage is disappointing."

Tade scored on his Saints debut, against Turkish side Eskisehirspor in last season's Europa League qualifiers, and finished the season with six goals in 41 appearances.