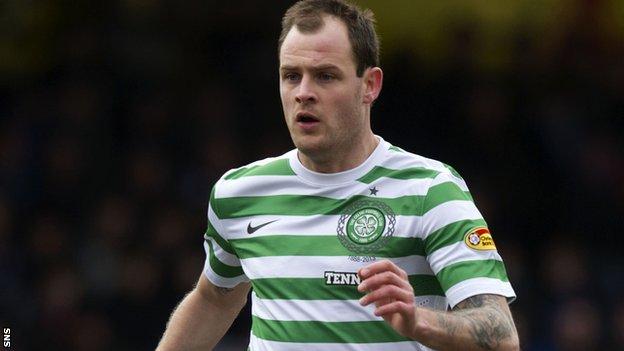 The sides will meet at Celtic Park in the first leg of the second qualifying round on 16/17 July.

"I'm sure they'll have a good crowd over here for the game as I know there's a decent relationship between the clubs," Stokes said.

"It's not too far to travel, which is always nice."

The Scottish Premier League winners were seeded for the draw, which took place in Switzerland. Celtic manager Neil Lennon said on Twitter: "Hell of a draw in the CL qualifier."

And Stokes told his club website that it was a great draw for both clubs.

"Cliftonville had an exceptional season and it will be a tough game and we will have to be at our best, but we're going to have a good pre-season and will be ready," said the Irishman.

"Both atmospheres will be electric. I know a lot of their fans would be Celtic fans as well or would look for us to do well, though maybe not in these two games.

"But it's all about on the night and we will fancy our chances at home. We will give it our all and hopefully get a good result to take over there."

"Boyce has been the main figure and there has been a lot of talk about him possibly getting a move away," said Stokes.

"He's going to be a dangerman as he had an outstanding season. I watched a good few of their games and they try and play decent football.

"I did watch a lot of them last year as they were doing so well, winning the league and cup, and getting so close to doing the treble as well."

Cliftonville manager Tommy Breslin "hoped" to draw Celtic but knew there was an outside chance of it happening.

"I'm absolutely ecstatic and it's hard to believe," Breslin added. "It was the plum draw; the glamour tie, whatever way you want to put it.

"But it's just great that they'll be coming over for a competitive game. They've been over a couple of times for friendlies and brought shadow squads: but this is the real thing now."