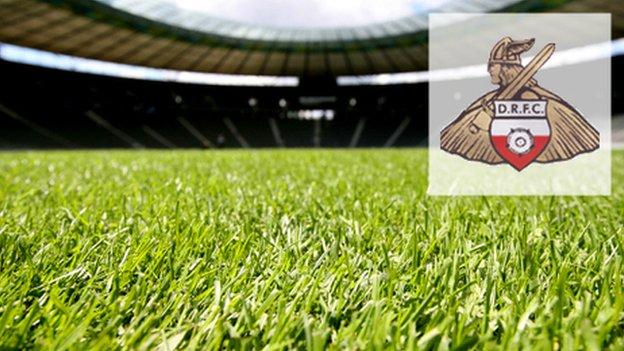 Real bought the Girona-born defensive midfielder from Espanyol in 2009.

Rovers manager Paul Dickov told BBC Radio Sheffield: "He's good on the ball, as you would expect playing for a club like Real Madrid, but he's not afraid to stick his foot in either."

Fernandez represented the world famous Galacticos in the C team before moving on to CD Olimpic de Xativa in the Spanish equivalent to the Championship.

Dickov continued: ""Marc is a player that I know really well. I nearly signed him two years ago when I was at Oldham; he had a year left on his contract at Madrid and we were told that we could get him in on a free but there was a training compensation that was going to be around £600,000-£700,000, which showed how much they valued him.

"He left Madrid and played in what is the equivalent to the Championship in Spain last year. I've watched him quite a lot and his attitude is first class. He has the potential to be a top, top player."

However Dickov said a second offer for Scunthorpe winger Mark Duffy had been rejected.

"He's a busy player who makes things happen, and he has a bit of steel about him as well, but we have a valuation of the player and we won't be held to ransom, so that's now on the backburner."