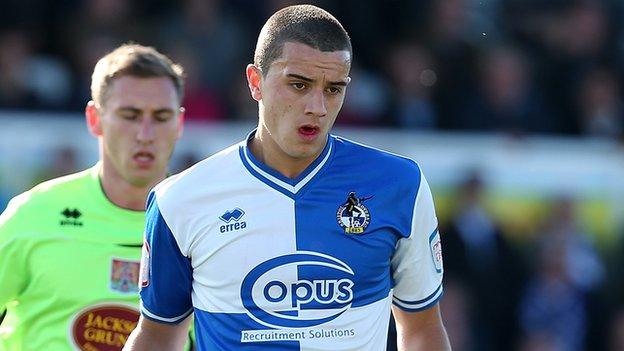 Bristol Rovers midfielder Oliver Norburn has signed a one-year contract extension to remain at the Memorial Stadium for next season.

The 20-year-old spent three months on loan at Rovers from Leicester during the 2011-12 campaign and completed a permanent move last summer.

He has made 43 appearances for the League Two club, scoring three goals.

"I am happy here and I want to kick on with this club and hopefully do well next season," said Norburn.

Chairman Nick Higgs added: "We saw what Ollie was capable of last year, and that has earned him a contract extension.

"We look forward to watching his continued development over the next season."