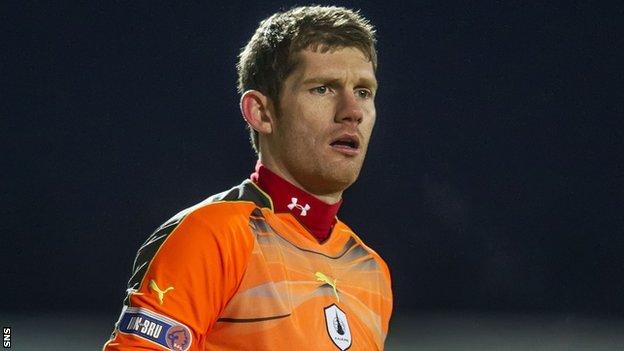 The Northern Irishman, who has one international cap, has extended his stay at the Bairns by signing a one-year deal.

McGovern began his career at Celtic and spent two years at Ross County before joining Falkirk in 2011.

"To have a top quality goalkeeper between the sticks instils confidence into the team," said manager Gary Holt.