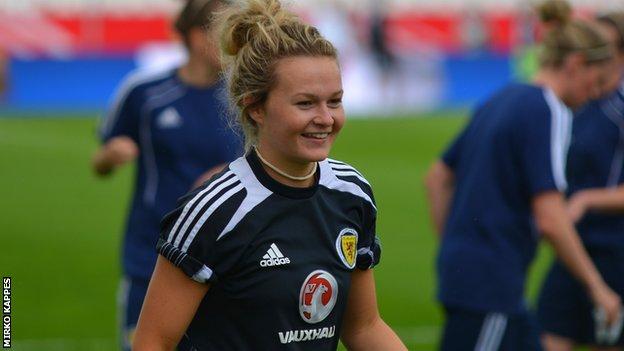 The 19-year-old left the Parkhead club last month and becomes City's first signing of the summer.

"The expectations and demands of City are extremely high and the current atmosphere leading up to the Champions League is exciting and I'm buzzing to start playing!," said Thomson.

"They say that patience is a virtue, well Emily certainly tested mine," he said.

"It is no secret that I tried to sign her two years ago when she first arrived back in Scotland from Arsenal and I attempted to get her again last year. Therefore it is fair to say I am a happy man to finally get her signature.

"Make no mistake Emily will be a very important player for this club."