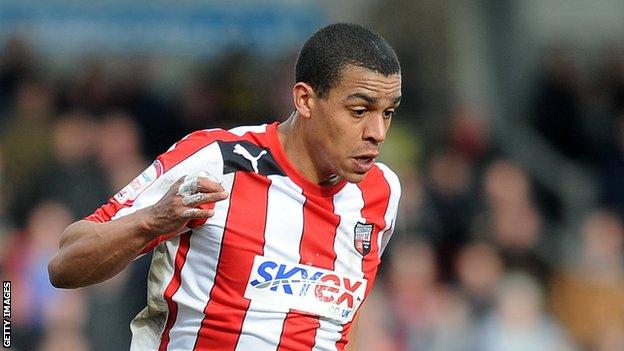 The 21-year-old, who was out of contract at Carrow Road this summer, joins the Blues on a two-year-deal.

Adeyemi has spent most of his career out on loan, making more than 100 appearances during spells at Bradford, Oldham and last season at Brentford.

BBC WM reports that Blues have accepted two bids for Nathan Redmond and are chasing loan deals for two defenders.

Manager Lee Clark hopes to have deals concluded for his two centre-half targets next week.

"We just need to get them through the formalities of their medicals," he told BBC WM.

"But obviously these lads are connected to Premier League clubs so they're still on family holidays. The earliest time they can be done is next week."

However following the completion of Adeyemi's deal, Clark admitted he was pleased with his new addition, whom he worked with while at Norwich as a coach.

"He's done exceptionally well on loan at a few different clubs and I'm delighted to bring him here," said Clark.

"Tom is a terrific young lad, a powerful and athletic midfield player who can get forward and score goals."

"Paul has all the qualities of a leader," said Clark. "He leads by example in his performances. He knows when it's the right time to tell someone off and when to encourage."