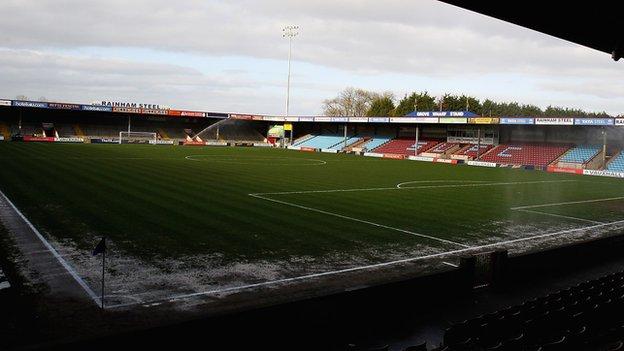 Godden spent time on loan at Conference club Ebbsfleet last season, but after returning to the Iron started the last four games of the campaign.

A former member of the club's academy, he signed his first professional contract with Scunthorpe in 2009.

However, he has struggled to break into the first team and was sidelined for much of last season with a hip problem.