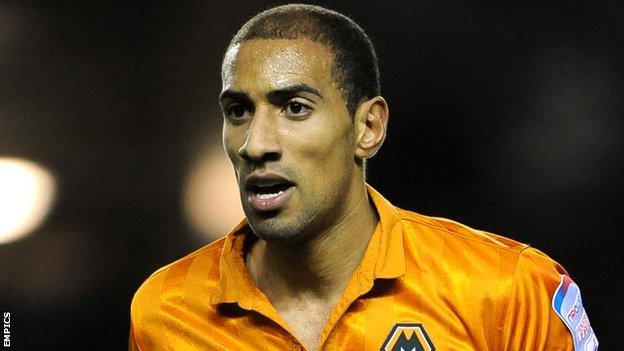 Wolves have made club captain Karl Henry, Jamie O'Hara, Roger Johnson and Stephen Ward available for transfer as they prepare for life in League One.

Midfielder Henry, 30, has made over 250 appearances and only agreed a four-year deal at Molineux last summer.

However, he has been transfer listed alongside defender Johnson, 30, ex-Tottenham midfielder O'Hara, 26, and 27-year-old utility man Ward.

All four played for the Wolves side relegated from the top flight in 2012.

But following the club's relegation to the third tier of English football, they have been deemed surplus to requirements as new head coach Kenny Jackett looks to reshape his squad.

"I've spoken to the four lads who have gone on the transfer list because I want to be honest with them and tell them that they are not part of my plans," Jackett said.

"They understand my reasoning. We will also be seeing what interest there is in the whole of the squad.

"Suffice to say that changes do need to be made as it needs to be a young and vibrant Wolves side coming out well now and coming out fighting.

"And the turnover has to be quick because we start again on August 3."

The news could signal the end of Henry's seven-year spell with his hometown club, which has included lifting the Championship trophy in 2009.

He was critical of his side following the club's relegation to League One, stating that "the club as a whole needs to look at itself from top to bottom".

Former England Under-21 international O'Hara, who has three years left on his contract, has been restricted to 39 league appearances because of injury since joining the club permanently two years ago from Spurs for £5m.

Johnson was even more costly for Wolves, who paid Birmingham £7m for him in the same transfer window as O'Hara, while Republic of Ireland international Ward moved to Molineux from Bohemians in 2007.

The 31-year-old Wales international, who has a year remaining on his contract at Bolton, played under the League One club's newly-appointed head coach, Kenny Jackett, at Swansea.