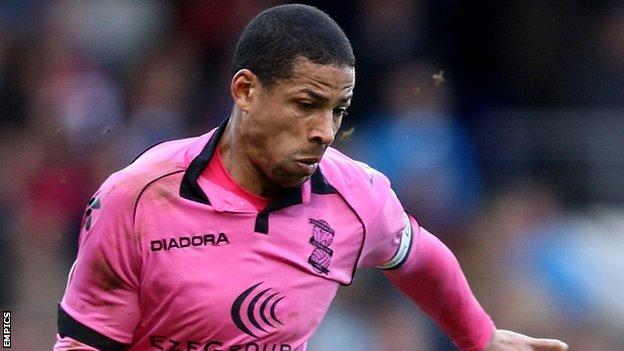 Hull City have signed former Aston Villa defender Curtis Davies from Birmingham City for an undisclosed fee, understood to be around £2.25m.

The 28-year-old Londoner passed a medical at the KC Stadium and has agreed a three-year contract.

Davies told BBC Radio Humberside: "The chance to play in the Premier League was a huge attraction.

"But so too was working with the manager Steve Bruce, who is someone I rate very highly."

Davies began his career at Luton Town before moving to West Bromwich Albion.

In 2007 he moved to Aston Villa on loan and then on a permanent deal worth up to £9.5m, before signing for Birmingham City in 2011.

"I think the manager wants to get his business done early so we can have a strong pre-season together," said Davies.

"Knowing the fact the manager has been an admirer of myself since I first went to West Brom is a big factor too. After eight years in the Midlands I'm hoping this is going to be a great move for me, I want to establish myself back in the Premier League and remind people what I'm all about.

"Some people seem to think I failed there before but I actually left Villa because I had a shoulder injury: my last game for them was a win at Liverpool when I scored, so that's frustrating."