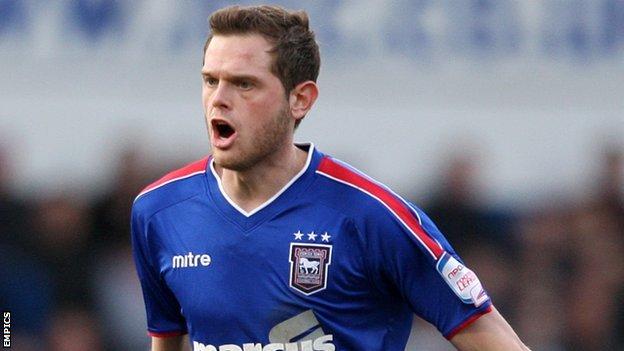 Ipswich boss Mick McCarthy has said he may not be able to afford to sign Richard Stearman and Stephen Henderson.

Wolves defender Stearman and West Ham keeper Henderson had loan spells at Portman Road last season and McCarthy would like to sign both permanently.

"They're both under contract with their clubs, Which kind of makes life difficult. We'll keep looking and trying," he told BBC Radio Suffolk.

All four of McCarthy's signings this summer have been free transfers.

And with Scott Loach the only recognised senior goalkeeper at the club, McCarthy is eager to add another name in that position.

Stearman, 25, also impressed last term, with Ipswich conceding just nine goals in the 15 games he appeared in at the end of the campaign.

"Henderson was really good for us - I need another goalkeeper. Richard Stearman was excellent for us - and I'm looking for another defender," said McCarthy, who is overseeing his first pre-season at the Suffolk club.

"I'm not surprised I'm being linked to everybody.

"I will wait and try and make sure we do the right deals, but I've got a really good nucleus from the team I kept last year."