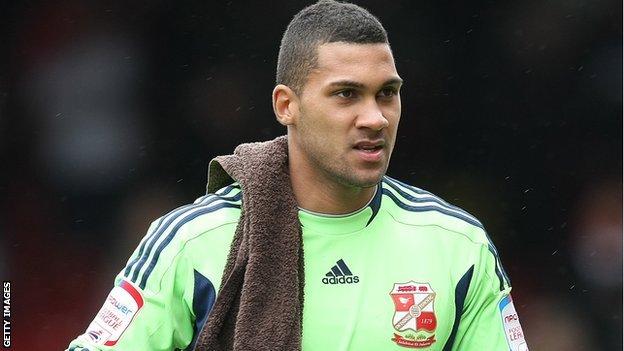 Swindon Town goalkeeper Wes Foderingham has signed a one-year contract extension to keep him at the League One club until the summer of 2015.

The 22-year-old was brought to the County Ground in October 2011 on an initial loan deal from Crystal Palace.

Smith, who can also play in defence, came through the academy at Craven Cottage and made one substitute appearance for the Fulham first team in their 3-0 win over West Brom in September.

Barthram, 19, was released by Spurs at the end of the 2012-13 campaign without making a senior appearance.

Both new arrivals have signed one-year deals, with the option of a further year.