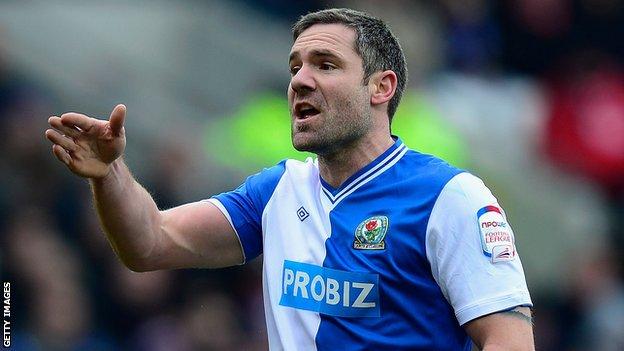 Rovers have been in discussions with the 33-year-old for several weeks.

Dunn, who won an England cap in 2002, made his debut for Blackburn in 1998 and returned to Ewood Park in January 2007 after a spell at Birmingham City.

He has played 342 games for Rovers, including 18 last season, and featured heavily in the final weeks of the 2012-13 campaign as they avoided relegation.

Earlier this month, newly-appointed manager Gary Bowyer told BBC Radio Lancashire he wanted Dunn, who had reached the end of his previous contract, to