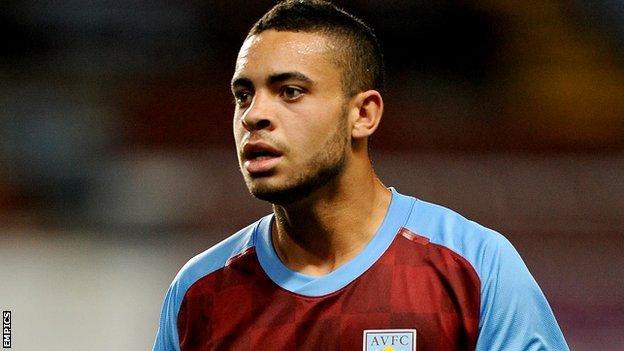 Williams, 20, came through Villa's youth team and made one appearance for the first team - as a substitute in the 1-1 draw with QPR last season.

The Republic of Ireland U21 international turned down a new deal with the Premier League club in order to secure regular football with City.

"I thought it was a good opportunity," he told BBC Radio Bristol.

"I wanted to play games and Bristol City are a big club so I thought I'd take it and see how it goes."

Sean O'Driscoll's side were relegated to League One after finishing bottom of the Championship last season.

But Williams is unfazed about dropping down to play in the third tier of English football.

"A lot of people are saying I'm leaving my comfort zone but that's the kind of player I am. I'd rather go and make a name for myself.

"The gaffer was another reason I came. When I spoke to him, he's all football and that's how I base my game. His goals are high and I like that."