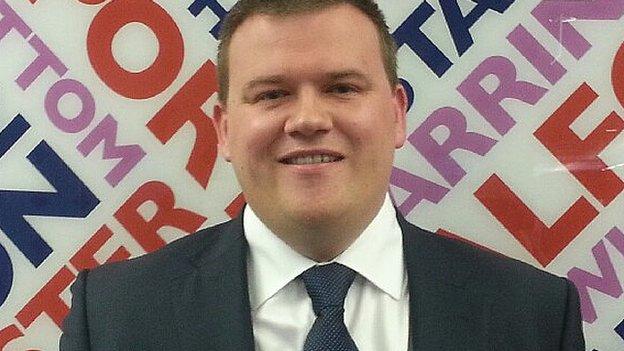 Bury chairman Stewart Day has warned there will be "no quick fix" after rescuing the League Two club from the brink of extinction last month.

shortly after the Shakers

"I hope the fans will judge me on what's going to happen over the next two or three years," said Day.

Bury were relegated from League One at the end of last season.

They were twice placed under a transfer embargo in 2012-13 after obtaining short-term loans from the Professional Footballers' Association, although the full extent of Bury's financial problems were not made public until April when they made their plea for urgent investment.

In his first media interview since becoming Bury chairman, he told BBC Radio Manchester: "It isn't a quick fix and we want the support of the fans and the town.

Certain football clubs have become a bit stale with ideas, and what we want to do is create some new ideas to enhance Bury and make it a success

"One of the things that attracted me was the passion of the town within Bury. The history of Bury is incredible."

The 31-year-old, who also confirmed he has no plans to sell the club's Gigg Lane ground, continued: "What we didn't want to see was the club go out of business.

"We spent a lot of time doing our due diligence on the club and we made sure it was right for all parties, but we had to get involved quickly because the club was close to going out of business.

"We're expecting to make the club a success on and off the field. Certain football clubs have become a bit stale with ideas, and what we want to do is create some new ideas to enhance Bury and make it a success."

Bury have returned to pre-season training with a squad of just seven senior players. and have been sold to Fleetwood and Rotherham respectively, while

But manager Kevin Blackwell will also welcome as many as 25 triallists, as he aims to shape a squad capable of returning to the third tier at the first attempt next season.

Day said: "The team is depleted, we need to recruit players and we're very aware of that. We've been working hard to get the right player. What we don't want to do is make any rushed decisions.

"We've put a worldwide scouting system in place, and we've got 25 players that have come from all over the world coming into training - we've even got a lad coming in from Brazil."