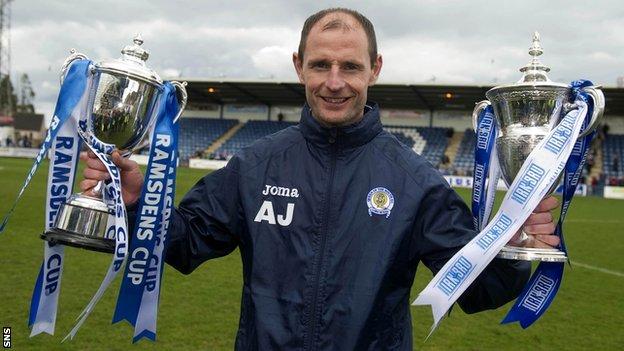 Kilmarnock have confirmed that Allan Johnston has become their new manager.

Johnston, 39, leaves Second Division champions Queen of the South, who announced on Monday that he had agreed terms with the Rugby Park club.

The PFA Scotland manager of the year is returning to a club he knows well, having played for the Scottish Premier League side for five years.

Kilmarnock chairman Michael Johnston had been seeking a new manager since sacking Kenny Shiels on 11 June.

A statement by the Dumfries club said: "Permission was granted as there is no point in denying that when a top division side are interested, though it was made clear to Allan that we obviously did not want him to leave."

The deal will see the Palmerston club receive about £30,000, with Johnston and assistant Sandy Clark signing two-year deals.