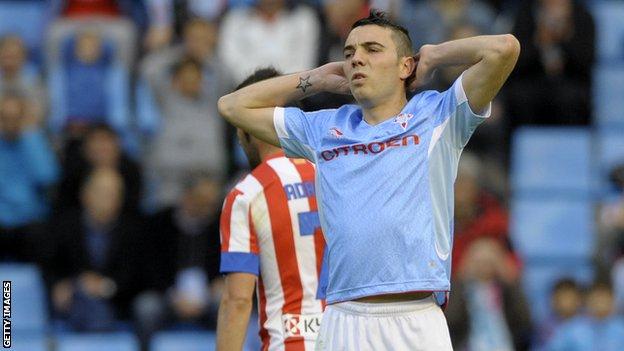 The club agreed a deal in principle last week and were just waiting for documentation before confirming the "long-term contract".

The uncapped Spaniard, 25, scored 12 goals in 35 league games for Celta this season as they avoided relegation from La Liga on the final day.

He becomes Liverpool's second Spanish signing of the weekend, 20, who has joined for a fee believed to be £6.8m.

They are set to be joined at Anfield by Simon Mignolet, with Liverpool expected to complete a £9m move for the Sunderland goalkeeper next week.