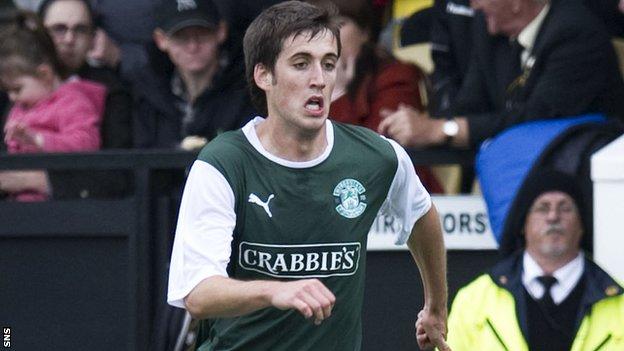 The 22-year-old remains in Division One following a similar arrangement with Livingston last term.

Booth has been with Hibs since the age of 10 and was handed a five-year contract in 2010 after breaking into the first team at Easter Road.

Capped at Under-19 and Under-21 level, Booth had loan periods with Arbroath and Brechin early in his career.