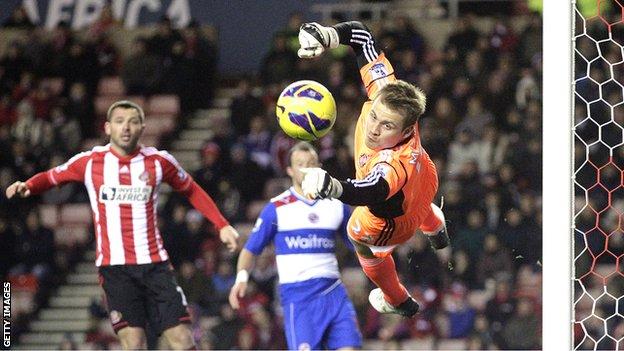 Liverpool have confirmed the signing of Sunderland goalkeeper Simon Mignolet in a £9m deal.

The 25-year-old signed a long-term contract after a medical on Tuesday.

"I am delighted that we have been able to sign one of the top goalkeepers in the Barclays Premier League," manager Brendan Rodgers told the club website.

"Simon will join a club that will give him an opportunity to demonstrate and improve his huge talent."

The Belgium international has played 101 games for Sunderland since his £2m move from Sint-Truiden in June 2010.

He kept 11 clean sheets in 40 matches last season for the Black Cats.

Liverpool's current first-choice keeper Pepe Reina, 30, has been to Spanish champions Barcelona, where he started his career.

The Reds have already agreed to sign 32-year-old on a free transfer and finalised a deal for Celta Vigo striker Aspas, 25, for £7m.