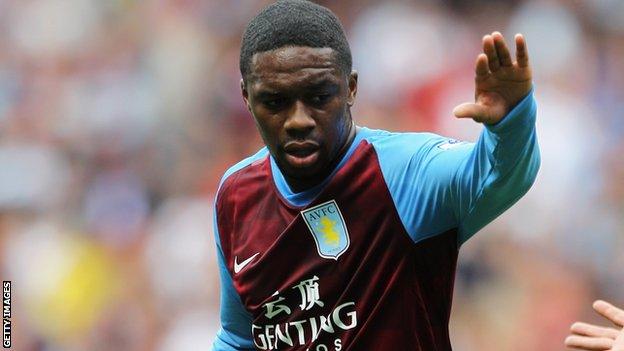 Aston Villa midfielder Charles N'Zogbia has undergone surgery in the United States after suffering an Achilles tendon injury while on holiday.

Villa said the 27-year-old suffered the problem "while keeping fit in Miami".

They have not disclosed how long N'Zogbia will be out, but Villa's head of sport and exercise medicine Roddy MacDonald has travelled to Miami to accompany N'Zogbia back to England.

"It's a blow for Charles," said Villa boss Paul Lambert.

"He'll get his head down and get himself fit again and he'll have plenty of support in doing so.

"The priority is to ensure that Charles receives the very best care and he has done and will continue to do so throughout his recovery period."

N'Zogbia has made two international appearances for France.

He joined Villa from Wigan Athletic after signing a five-year contract in July 2011.

N'Zogbia, who played for Newcastle United between 20004 and 2009, has scored four goals in 51 appearances for Villa.