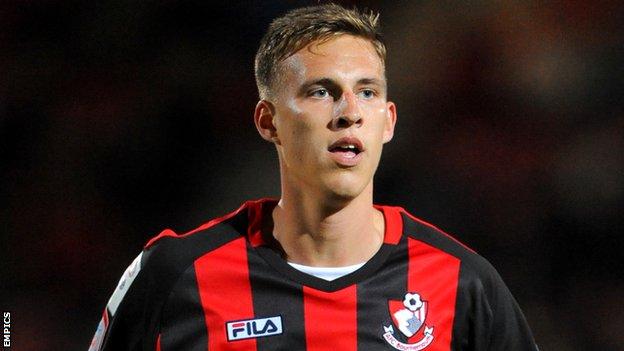 The 23-year-old, who manager Eddie Howe hopes to use primarily as a defender in the Championship next season, has made 52 league appearances since coming through the Cherries' youth system.

He missed the end of last term after fracturing his right fibula.

"I can't wait to get going again once I'm fit," the former Wales Under-21 international told the club website.

"The gaffer has come back and he sees me as a defender, which is something I completely agree with."