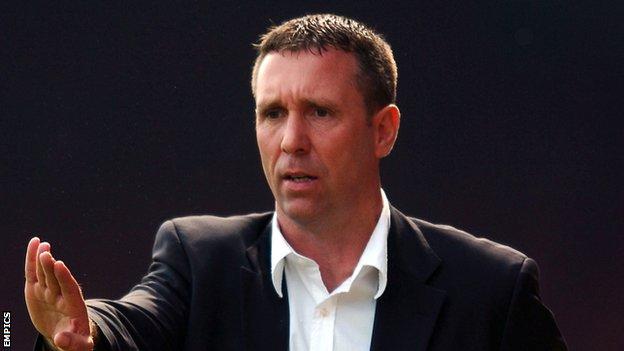 Former Bristol City player and manager Brian Tinnion has returned to the club as their director of youth recruitment.

The 45-year-old made 551 appearances for the Robins and succeeded Danny Wilson as the club's manager in 2004.

But, following a poor run of form, culminating in a 7-1 defeat by Swansea, Tinnion resigned from his post after 16 months in charge.

However, eight years later he is back at Ashton Gate to oversee recruitment to the youth system.

"This football club has meant so much to me over the years," Tinnion told the club website. "I've put my heart and soul into it and it's great to be back."