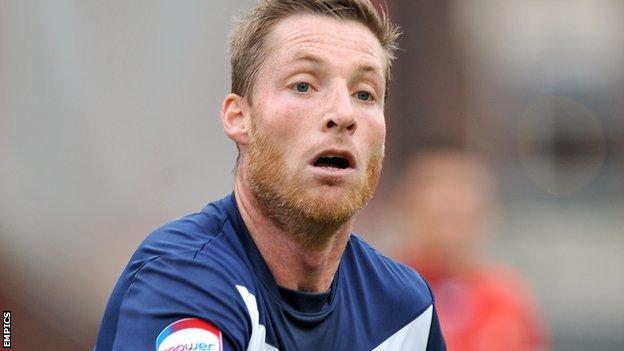 He damaged knee ligaments in September and, after continuing niggles disrupted his season, he underwent knee surgery in March.

"I enjoyed every minute of my time at Roots Hall but unfortunately due to injury I have had to end what has been a very enjoyable career," he said.

"I thoroughly enjoyed my time at Southend United and realised a boyhood dream by playing for the club I used to watch from the North Bank.

"I am now looking ahead to the future and the rest of my life."

Harris, who overcame testicular cancer earlier in his career, started out at Cambridge City, before joining Millwall in 1998, his first of two spells with the Lions, and also played for Cardiff, Nottingham Forest and Gillingham.

His tally of 138 goals for Millwall is a club record, surpassing Teddy Sheringham's 111-goal haul in 2009.

Southend chief executive Steve Kavanagh told the club website: "He came to see me as he knew he would not be able to play at the levels Southend deserve from him and so he has made the difficult decision to retire.

"Neil has been a fantastic professional and I wish him the best with the next stages of his career."