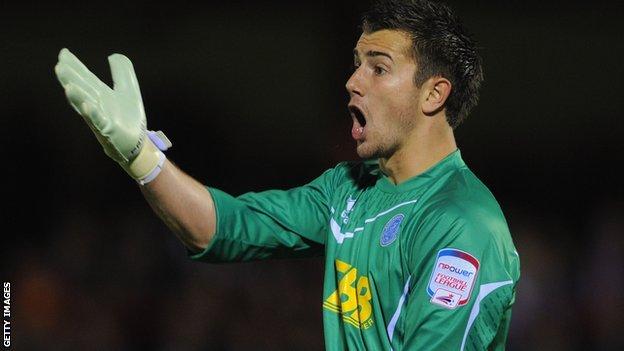 Sheringham, the 25-year-old son of ex-England star Teddy, was a free agent following his release by Bournemouth.

He previously played for several non-League clubs, including Cambridge City and Welling United.

Former Charlton and Aldershot player Wormer, 23, was recommended by the Dons' new goalkeeping coach Ashley Bayes, who joined the club on Thursday and is also registered as a player.

Manager Neal Ardley told the club's website: "Charlie has scored a lot of goals at a lower level.

This is now a massive stage in my career. I have to really push hard this season

"I feel that he deserves a chance to prove that he can score goals in the Football League. I think he can certainly do that and he will do very well for us.

"He also scored when he moved to Bournemouth, but a bad foot injury put him out for a while.

"Bournemouth obviously saw something in him, but they got promoted to the Championship and are moving in a different direction."

Worner started his career at Woking before earning a move to Charlton in the summer of 2010.

After making nine first-team appearances for the Addicks, he joined Aldershot a year later and featured 23 times for them in the League.

"It is brilliant to get a chance at such a big club with a great fanbase," said Worner. "This is now a massive stage in my career. I have to really push hard this season."

Ardley added: "I have been talking for several weeks with Ashley to draw up a shortlist of what we wanted from a goalkeeper. Ross came out on top because he ticked all the boxes.

"Ashley has worked with Ross at Aldershot and he told me that in a couple of years Ross could be playing at a higher level.

"That struck a chord with me and we are really confident that Ross will be a top goalkeeper."

Following the registration of 41-year-old ex-Basingstoke keeper Bayes, Mikhael Jaimez-Ruiz has been released.