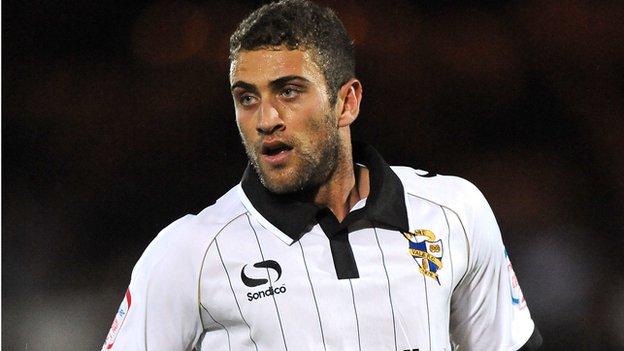 Port Vale striker Ben Williamson has signed his new deal, making him the seventh of boss Micky Adams' 10 out-of-contract players to tie up his future.

Williamson, 24, signed initially on loan from Hyde United in 2011, has penned a two-year deal, tying him to Vale until June 2015.

BBC Radio Stoke reported on Friday that Vale are waiting to see if League Two Chesterfield will improve their original offer for 21-year-old midfield man Morsy.

As he is under 24, under the Bosman ruling, a compensation fee has to be paid - and the two clubs are understood to have had negotiations.

Striker Louis Dodds and defender Adam Yates signed one-year deals, with an option for a second, while mid-season arrivals Liam Chilvers and Chris Birchall have put pen to paper on 12-month offers.

Veteran striker Lee Hughes was rewarded with a new 12-month contract, automatically triggered by Vale being promoted from League Two.