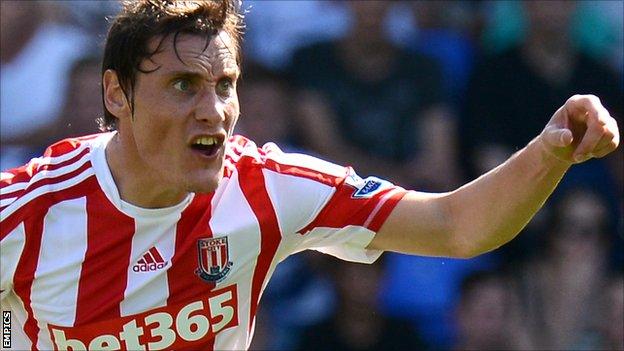 Middlesbrough are considering making an offer to free agent

The midfielder, 31, made 158 appearances for Stoke after moving from Sunderland for ÂŁ3m in July 2009.

"He's a player we potentially might have an interest in but he might have some decisions to make," said Mowbray.

"He's been in the Premier League for six or seven years and will have an earning power that reflect that."

Meanwhile Boro have confirmed the release of Nicky Bailey, Andre Bikey, Kieron Dyer and Stephen McManus, with their contracts expire this summer.

Julio Arca, is also being released.

The 32-year-old was the club's longest serving player prior to his exit, having joined from Sunderland for ÂŁ1.75m in July 2006.

Boro have been keen to reduce their wage bill, with