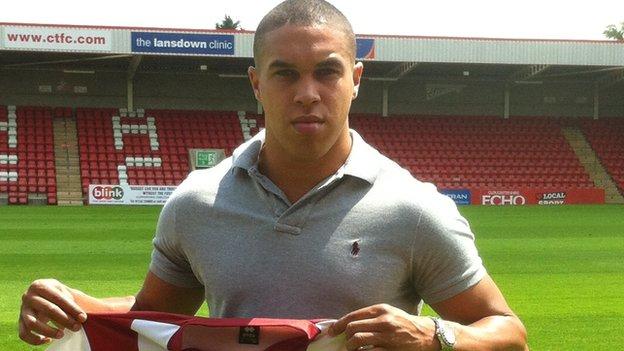 The 22-year-old, who played 41 times for the Shots last season, was one of 13 players released when the club went into administration in May after their relegation from the Football League.

The Wales Under-21 international has previously had spells at Fulham, Rotherham and Ipswich.

"It was a no-brainer for me [to join]," he told BBC Radio Gloucestershire.

"We are very unlucky not to be in League One, so if I can come here and maintain and add to the team then I'll be over the moon.

"I want to be at the right end of the division this season. Last season defensively, without patting myself and the other defenders on the back, we weren't at fault.