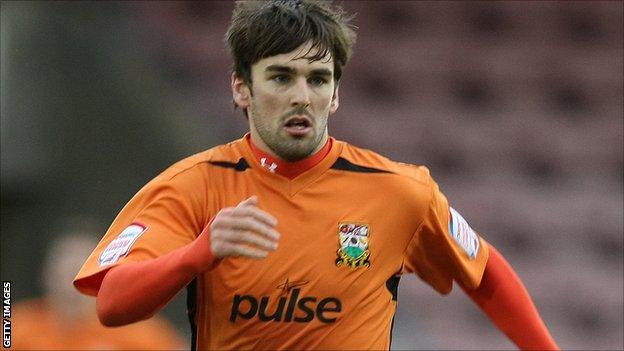 The 26-year-old began his career at Chelmsford before joining Barnet in May 2010 and he made 27 appearances for the club last season, scoring five goals.

"It's taken some time to get the deal over the line. Now I'm just excited about getting on the pitch and playing in front of the crowd," he said

Holmes has agreed a two-year contract and he will officially become a Portsmouth player on 1 July.

He is the latest arrival to join a Pompey squad that has been revamped following relegation to League Two.

"He's got a great attitude and is a versatile player - he's just what we need," manager Guy Whittingham told the club website.