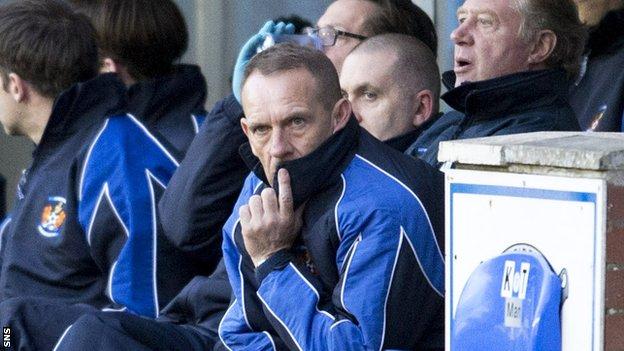 Kilmarnock will not be punished by the Scottish FA's judicial panel for comments made by former boss Kenny Shiels.

Shiels was given a four-match ban for bringing the game into disrepute for questioning the impartiality of the panel and the integrity of Celtic.

The 57-year-old parted company with the club earlier this month.

However, last season Kilmarnock endured their worst home record in more than 30 years.

In a BBC Radio Scotland interview conducted in late April, Shiels said Celtic had "massive influence" over disciplinary hearings, referring to them as "the monster of Scottish football".

The 57-year-old later expressed concerns that his comments had been taken out of context by a newspaper.

Shiels was served with two separate notices of complaint from the SFA in November, following critical remarks made about referee Euan Norris and his dismissal from the dugout in another match.

In January, Shiels was given a four-match ban when found guilty of two rule breaches for accusing fourth official Andrew Dallas of "fabrication" of evidence.