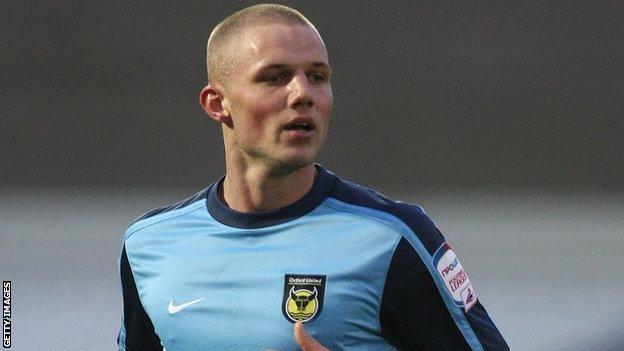 Newport County have signed added free agent Harry Worley to their squad ahead of next season's League Two campaign.

Former Chelsea trainee Worley was released in May by Oxford United after three years at the Kassam Stadium.

"Harry is a player we have had on our radar for sometime," said Edinburgh.

"I'm thrilled that everything is now complete.

"As with Adam Chapman and Chris Zebroski we got what we wanted and things are starting to take shape as we head into a busy pre-season schedule next month.

"There are a couple more targets I would like to add, but as in the past I will not name them until its done and dusted and the ink is dry."