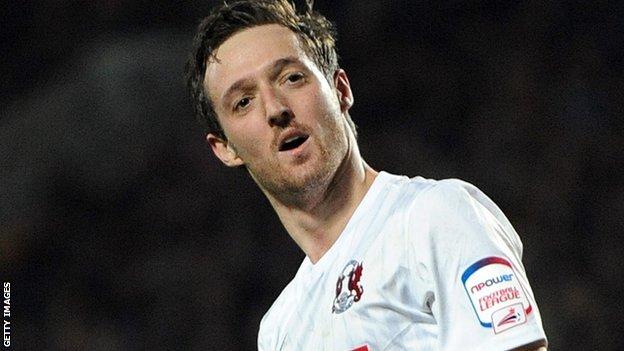 The 28-year-old Irishman, who was signed from Reading in 2011, scored 13 goals for the O's last season - 10 of them between November and January.

"If he hadn't got injured towards the end of the year I'm sure he would have scored a few more too," manager Russell Slade told the club website.

"It's great to get him tied down with a new contract as for the way we play, he fits perfectly into the team."